See the best of Budapest

East meets west in up-and-coming Budapest, a city that bridges both Buda and Pest, as well as western and eastern Europe. The city has had a turbulent history, but never fails to remain vibrant and diverse. Use our guide to explore the best of Budapest, from grandiose architecture and Soviet memories, to thermal baths and bohemian bars. 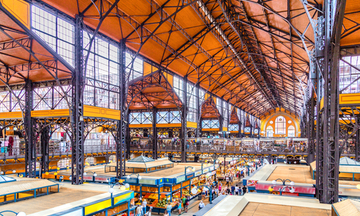 Start your visit in Pest (the east side), by satiating your taste buds within the impressive architecture of the Central Market Hall, Budapest's oldest and largest market. You should be able to find the perfect dish for any time of the day from stalls spread across three levels! Try traditional lángos, a deep-fried dough topped with sour cream and grated cheese. 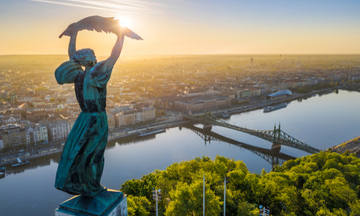 Cross the Danube River at the Liberty Bridge to reach the Buda side (west). You can then start the steep, but brief, walk to the top of Gellért Hill. You might need a break at the top, but it is worth it for the sweeping views of the city, best at sunrise and sunset.

Besides incredible views, you will also find the Liberty Statue. It remembers the Soviet soldiers who died liberating the city in 1945. The hill is also home to the Citadella, an imposing fortress built in 1848-9, which never saw a battle. 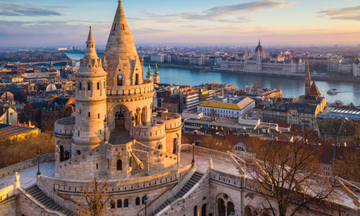 Walk north to District I, the Castle District, where some of Budapest's most famous buildings sit spectacularly on a hill above the Danube. You can give your feet a break, by taking a funicular railway up to Buda Castle. Inside the castle you can visit the Hungarian National Gallery or eat a goulash lunch with a view.

Not far from the castle, is the Instagrammable Fisherman's Bastion. It may look like a medieval fairytale palace, but it is actually one of Europe's most extravagant viewing platforms, built in 1902 to provide a glorious view across the Danube to Pest. 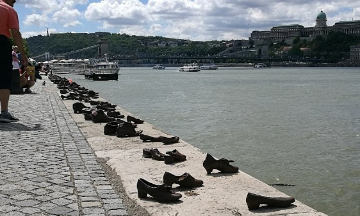 Shoes on the Danube Bank memorial

Cross over the Danube at the Chain Bridge, which was the first permanent link between Buda and Pest when first opened in 1849. As a result, it is an icon not just by design, but for its historic role in physically uniting Budapest.

Take a stroll northwards along the Danube Promenade. You can see the Shoes on the Danube Bank; a poignant reminder of the suffering of Hungary's Jewish community during the Holocaust, as men, women and children were ordered to remove their footwear before being shot into the river. Further along, you can admire the palatial Hungarian Parliament building, the third largest in the world. Viewed from the Buda banks, the building has the appearance of floating on the Danube! 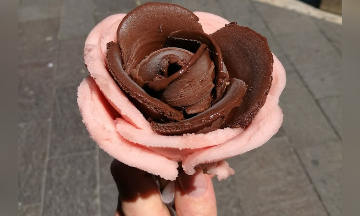 The city centre's Basilica of St Stephen is Hungary's most sacred Catholic church and also the go-to destination to see a mummified right hand - that of King St Stephen. Climb the dome for a great view!

Opposite the basilica, pop into Gelarto Rosa for a delicious ice cream with a difference - your scoops will be transformed into layers of a colourful, sweet-tasting rose! 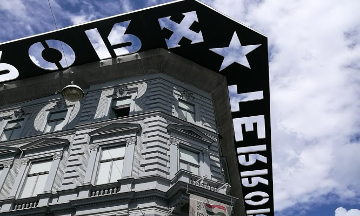 Andrássy Avenue was built in 1872 to connect Budapest's city centre to Városliget (City Park). It is beloved by city residents and has since been classed as a World Heritage Site.

Half-way along the avenue you can visit the formidable House of Terror museum. The "Double Occupation" permanent exhibition charts Hungary's 20th century experience at the hands of Nazis and Soviets. It is harrowing, but important to gain an understanding of what Hungarians have experienced within living memory.

At the end of the avenue, Heroes' Square, is a monument dedicated to those fighting for Hungary's freedom. The Kunsthalle and Museum of Fine Arts can also be found here. 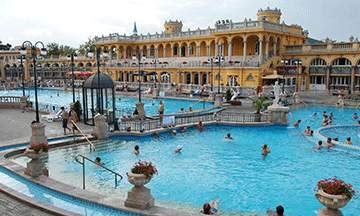 Just beyond Heroes' Square and City Park you can find the huge Széchenyi Baths spa complex, built in 1913. After Budapest's hilly sightseeing, you can join locals to bathe in healing, hot-spring waters, situated within the terrace of a yellow palace. Bring your own towel to save on towel rent.

If you would prefer a more secluded spa experience, then you can steam at some of Budapest's other thermal baths. Swim amongst the columns at art-nouveau Gellért Baths or go back in time at the 16th century, Turkish-style Rudas Baths. 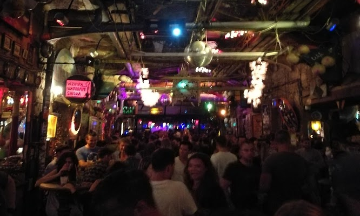 There is no better place to spend a Budapest night than in the eccentric ruin bars of District VII. Since 2000, entrepreneurs have repurposed decaying factories and tenement houses into quirky venues, with bars, dancefloors and rooftop restaurants. Ruin bars turn a night-out into an adventure as you explore their many rooms and levels.

Budapest's original was Szimpla Kert. You could also check out Instant/Fogas a sprawling nightlife mansion, created by combining two ruin bars. It's open all night and even has its own snackbar, so you never have to leave! Many other ruin bars pop-up throughout the city, so even in the unlikely event that you explore every room of these famous bars, there will always be more. 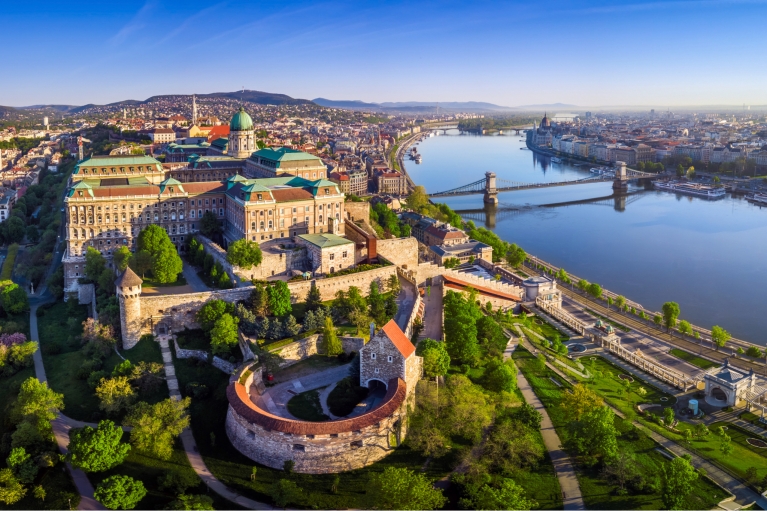 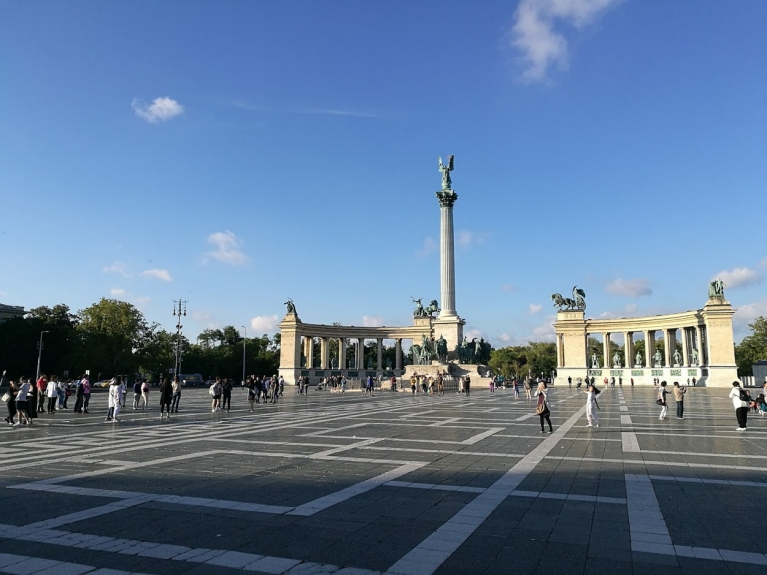 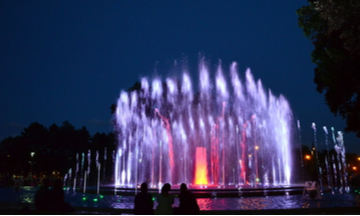 When you've had your fill of sightseeing head to Margaret Island. It is an island on the River Danube, but also Budapest's main public park with a cornucopia of green space to explore and activities to try. Budapest locals enjoy its running tracks, outdoor pools and peaceful cultivated gardens. You might also stumble across the ruins of a convent or a musical fountain. 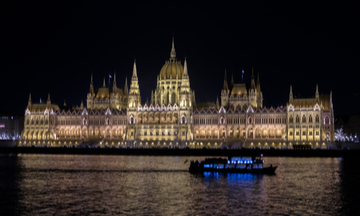 Budapest looks truly magical at night, with the lights of the Hungarian Parliament and the Chain Bridge reflected in the broad waters of the River Danube. To truly experience it, take a Danube river cruise. You could even combine it with dinner. Alternatively, you can party on the Danube at A38, a Ukrainian cargo ship, transformed into a cultural hub. 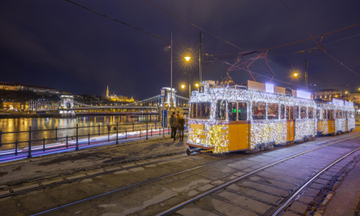 Winter temperatures can drop as low as -10°C, but besides the thermal baths, there are plenty of ways to stay warm and merry. You can go ice skating in front of a castle at Europe's largest rink, in City Park. Then warm up with a chimney cake and a glass of forralt bor (Hungarian mulled wine). Make sure to catch a glimpse of Budapest's trams draped in Christmas lights!

Getting to Budapest by Train

As a central European country, Budapest is well-connected, with direct links to many other European cities. International trains arrive at Keleti (Eastern), Nyugati (Western) or Déli (Southern) railway stations. Domestic InterCity trains also link Budapest to the main towns in the rest of Hungary.

Discover Europe by Train with the Interrail Pass

From Vienna to Budapest

From Prague to Budapest

From Bratislava to Budapest

Flights to Budapest land at Ferenc Liszt International Airport, south-east of the city. Shuttle bus 100E will drop you into the city centre in just over 30 minutes. Or take metro line M3 on weekdays.

Walking is the best way to get around Budapest since most attractions are within walking distance. However, to travel away from the centre, or to rest your feet, take a bus, tram or metro.