Climb on board Swiss trains and travel through the snow-capped Alps, alongside beautiful mountain lakes and across rolling green hills. Visit Switzerland's most famous cities, Bern, Basel, Geneva and Zurich, by rail and enjoy the breathtaking scenery from the train window along the way. 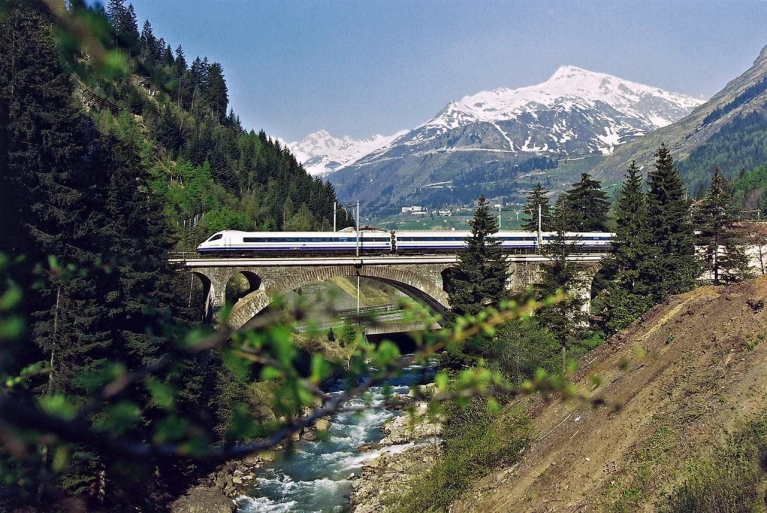 You can enjoy a large choice of Swiss trains, each type ready to transport you across the country as well as to and from other European countries. Switzerland's national railway company is the SBB (Schweizerische BundesBahn). Use the Interrail train timetable or SBB timetable to check times for trains in Switzerland.

The main rail network in Switzerland is made up of the following regional and intercity trains:

These high-speed trains operate to and from Switzerland:

Domestic high-speed Swiss trains are called InterCity Neigezug (ICN). ICN trains transport passengers quickly and in comfort from one side of the country to the other.

Night trains in and between Switzerland

The Swiss railway network is operated not only by the SBB, there are a lot of private railway companies as well. Some of these companies are included in your Interrail Pass while other companies offer discounted travel.

There's an international regional train connection between Chiasso and Milan (Italy). This connection is a great option if you want to avoid reservation fees.On the Interrail timetable RegioExpress trains are listed as "RE", and Regio trains as "R". InterCity trains are listed as "IC", and InterRegio trains as "IR". Regional and Intercity trains do not require seat reservations. Reservations are however recommended for Intercity trains during high season (May-September) and public holidays.

Reservations for trains in Switzerland

How to make reservations for Swiss trains

You can make reservations for domestic and international high-speed trains and night trains:

You will get a direct connection when calling this booking centre. The Swiss SBB booking centre can deliver your reservations to all European countries. Delivery costs are CHF8 (approx. €6.50). This call centre may charge a booking fee. You can also pick up your reservations at main Swiss train stations. Just go to the ticket office with your order number.

For more information about reservations:

International train connections to and from Switzerland 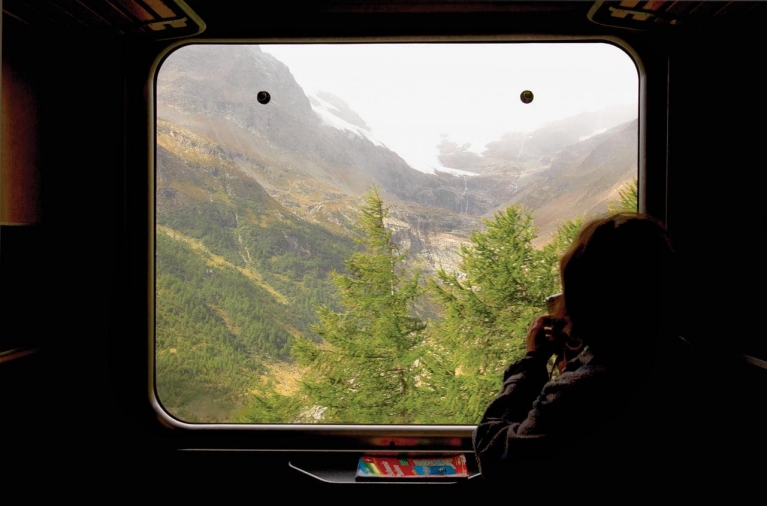 With 1 rail pass you can enjoy travelling on Swiss trains without having to buy separate train tickets. 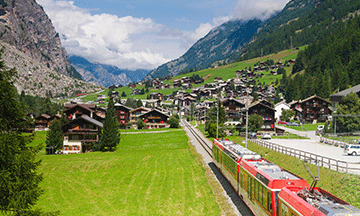 These stations have excellent facilities:

There might be some minor differences between the local spelling of city names and what you're used to. 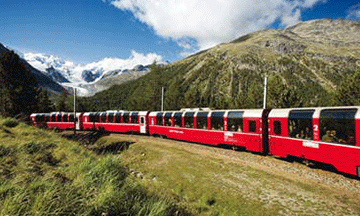 Interrail Pass Holders experience boat cruises on Swiss lakes and rivers for free or at a discount.

See all Pass benefits in Switzerland 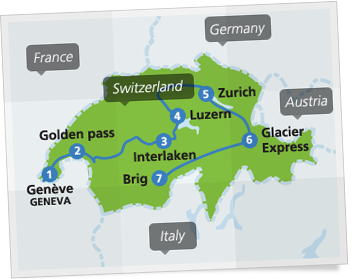